In 2013, when Microsoft announced the global launch of Office 2013 at a press conference in New York, the experts were thrilled! Everyone agreed that Redmond’s company had hit hard when it released this new version of the famous office automation software. Compared to Office 2010, the main focus was on the possibility of working on all documents from any computer in the future, including the SkyDrive online hard drive (now OneDrive). By the way, buying used Office 2013 is always worth it! Why? This is what we explain in our blog article from week 6.

Compared to its predecessor Office 2010 (Office 2011 for Mac), this version has few new features and improved tools, but the few changes made are really well thought out. Finally, Office 2013 users can now open PDF documents directly in Word and rework them without difficulty. It also becomes easier to work on the same document from different computers. For example, if you are at the office and you want to open a text that you have already started at home using Word, the new features allow you to find exactly where you stopped. The user interface of Office programs has been designed by Microsoft for Windows 8. However, the way in which the functions are arranged in the different menus has not been changed.

The main innovation of Office 2013 was the SkyDrive online hard drive that Microsoft renamed OneDrive in 2014. You can deposit all your documents there and then rework them. For this purpose, Office 2013 offers 7 GB of storage space on the cloud. This way you can access your data from any computer, tablet or smartphone while on the move. And this, whether you use the Home & Student, Home & Business or Professional version. All presentations, texts and spreadsheet files stored in this way can be opened quickly, simply by double-clicking on the document. Because the corresponding Office Web App application is downloaded automatically, allowing you to set up your mobile office. Another advantage over Office 2010 is the connection to LinkedIn and Facebook. You’ll have direct access to Outlook messages posted by your contacts on social networks and can communicate with your Skype partners from your email. This function, which allows you to work on your documents and share them with collaborators, is included in Office 2013.

Buy the Office 2013 license: the versions offered by Licenceking

At Licenceking, your trusted software partner, you will find the most popular versions of Office 2013, Home & Student, Home & Business and Professional – 100% legal and 100% secure. With Home & Student, you work on your texts with Word, calculate using Excel tables and present your professional projects on PowerPoint. You can take notes from any workstation using OneNote. Home & Business also includes Outlook, which allows you not only to send emails, but also to manage your tasks and appointments. In addition to the programs mentioned above, the professional version includes Access and Publisher. Access is Microsoft’s database management software, with Publisher you can give free rein to your creativity and easily create your flyers, brochures and other leaflets.

In 2013, Microsoft hit a major blow with the release of the new edition of its famous office automation software. It was the logical extension of the old versions of Outlook, Excel, Word and Co. Innovations such as mobile data access make it easier to process large documents and provide the user with valuable support. Compared to the previous version, Office 2013 also included many new features regarding teamwork.

While there was a lot of enthusiasm for the presentation of the new version of Office 2013 to users, testers and experts, the presentation of Office 2016 three years later did not really have the desired effect. After several weeks of testing, Computer Bild magazine’s assessment was overwhelming: Office 2016 would only be a pale reflection of its predecessor. Other geek testers were drawing the same conclusions: if you have already adopted Office 2013, there is no need to change the version. As for users who manage their business mail, contacts and appointments via Office and work daily on text documents and Excel tables, they manage perfectly well with the – cheaper – 2013 version.

Some of the features of the famous office automation program have simply changed in appearance. This is the case, for example, for the Ribbon interface available since the release of Office 2007, which includes the various functions of Excel and company. Finally, the work tools have barely changed compared to Office 2013. Many users find it downright annoying to have to install the entire new program they have chosen. In the professional version, Publisher and Access are downloaded automatically. You can’t choose your installation guide either. What also irritates users is that the components of the suite that are not used can no longer be deleted once installed. Faced with all these disadvantages, the new search function in the form of an input field does not weigh heavily in the balance. On the other hand, some very useful functions are missing, such as the search for synonyms, the Cortana dictation function or a reliable spelling checker.

Since Office 2013, Microsoft has also offered a subscription version with Office 365. This goes hand in hand with a huge 1TB of online storage space and 60 free Skype minutes on mobiles and landlines. In addition, with Office 365, you can install desktop applications on five computers simultaneously.

Finally, operating with an Office 2013 license as an alternative to Office 2016 and Office 365 remains quite satisfactory. Simply compare prices and this impression is immediately confirmed. Thus, you will pay Office 365 at least 99£ per year, at Licenceking you will find from 82,99 £ the top-of-the-range version of Office 2013, Office 2013 Professional. And all the used Office 2013 licenses you buy from Licenceking are of course 100% safe and 100% legal, not to mention top-notch customer service! 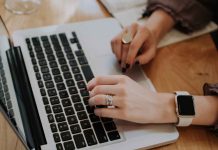 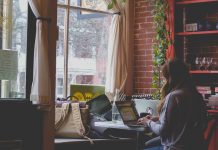 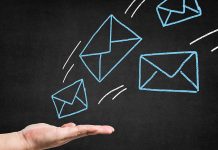 Windows 10 Backup – Here’s how it works!